Google celebrates Halloween with an amazing Doodle. It is a time-lapsed video of some artist that carve the google logo in some giant pumpkins. Absolut awesome. As it says in Googles video description: „A fun time-lapse video of the Google doodle team & friends carving giant pumpkins in the Halloween spirit. Shot on location at Google’s Headquarters in Mountain View, CA. Music by Slavic Soul Party! Composed by Matt Moran“.

Here the halloween-Doodle – i mixed it up with some informations about halloween:

All-Hallows-Even („evening“) is the „night“ before All Hallows Day. It is based on very old Irish traditions and folklore. Halloween is not only popular in the U.S., but since the 1980s also in some countries in Europe. A typical symbol is the carved pumpkin called „Jack O’Lanterns“. 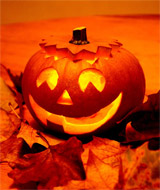 „Development of artifacts and symbols associated with Halloween formed over time. For instance, the carving of jack-o‘-lanterns springs from the souling custom of carving turnips into lanterns as a way of remembering the souls held in purgatory. The turnip has traditionally been used in Ireland and Scotland at Halloween,but immigrants to North America used the native pumpkin, which are both readily available and much larger – making them easier to carve than turnips.The American tradition of carving pumpkins is recorded in 1837and was originally associated with harvest time in general, not becoming specifically associated with Halloween until the mid-to-late 19th century.“ Source: Wikipedia

Btw: here is my Jack O’Lantern of this year: 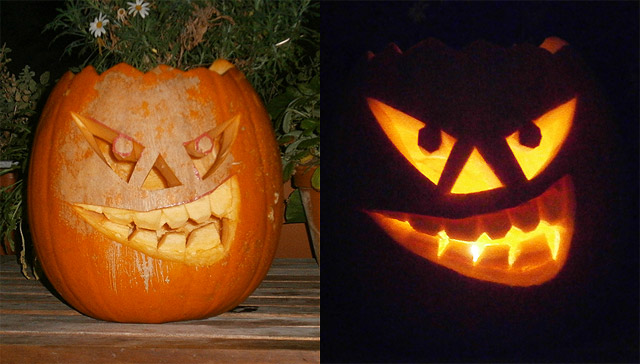