Painting international SEOs as Simpsons was not a new idea. I thought about it since months. So when I started this Blog in the beginning of 2011 I remember that. The first idea of Seo-Simpsons is 1 and a half year old. I painted some german SEOs as Simpsons. Before I paint the extended international version I would like to present the german SEOs. I think some of them are well known – others not. Of course they are all brillant. Again feel free to print it out and hang it in your office.

Here is the first version: 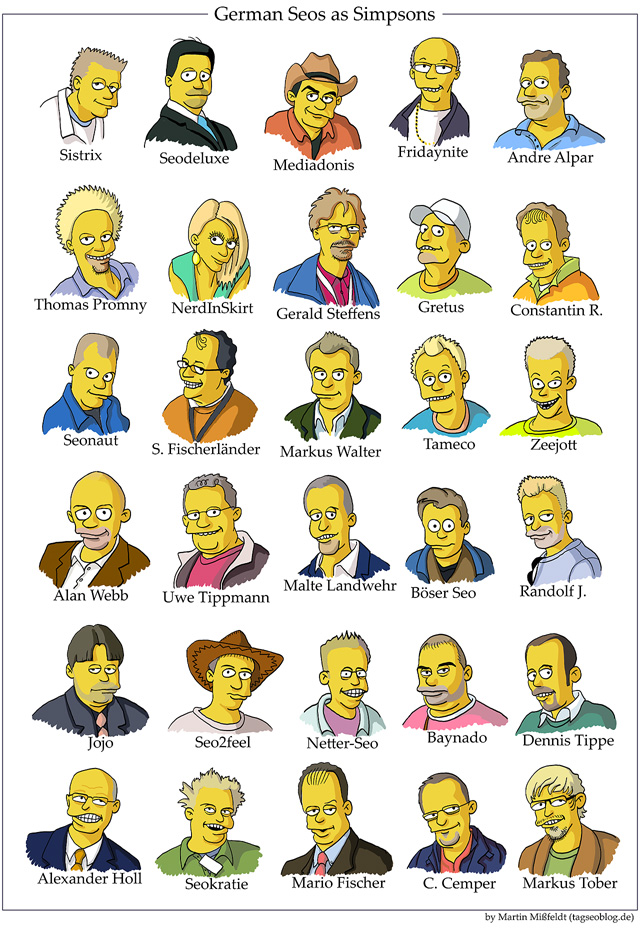 I got a lot of feedback. Of course allways is someone missing. So I painted some more versions, the final one for the SEO-CampiXX 2010 (the best german SEO-event/meeting).

Ok, many are missing. Sorry for that. Feel free to google them. Here’s the final german SEO-Simpsons poster: 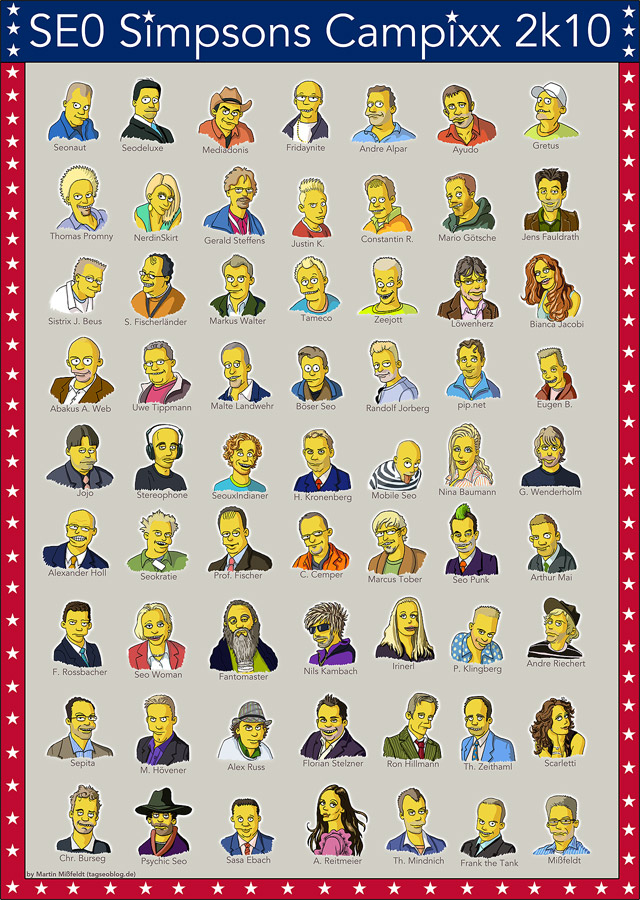 Me is the one on the bottom right – but I look much better ;-)