Google honors Franz Kafka with a scary vermin doodle. It is inspired by Kafkas famous novel „The Metamorphosis“ (German: Die Verwandlung). Some morning the traveling salesman, Gregor Samsa, awaks and find himself transformed into a monstrous vermin. Horror pure… The doodle illustrates it in a humorous way. Franz Kafka was born on July 3rd, 1883 – 130 years ago. Franz Kafka was a Bohemian-Jewish novelist, and was one of the major German-language fiction writers of the 20th century. He strongly influenced genres such as existentialism.

Here the doodle as it is, a static picture:

As allways I made a video out of this, underpainted with dramatic music :-)

In 1983 the German Post honors Kafka with a stamp – something comparable with a doodle. 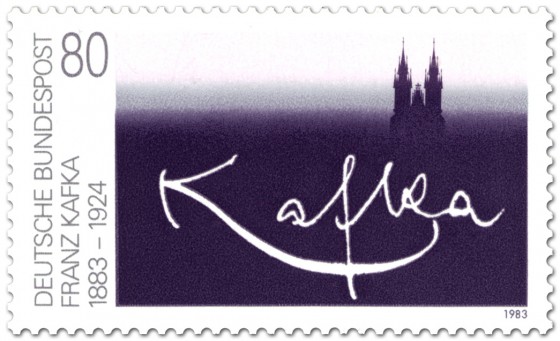 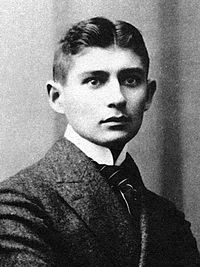 „We are as forlorn as children lost in the woods. When you stand in front of me and look at me, what do you know of the griefs that are in me and what do I know of yours. And if I were to cast myself down before you and weep and tell you, what more would you know about me than you know about Hell when someone tells you it is hot and dreadful? For that reason alone we human beings ought to stand before one another as reverently, as reflectively, as lovingly, as we would before the entrance to Hell.“