Antoni Gaudí was a spanish architect. He was born on June 25th, 1852. Today it’s would be his 161th birthday. Google honors this excellent archtect with a nice doodle on the homepage. Antoni Gaudí was born in Catalani, a region of Spain.  Antoni Gaudí had three big passions: architecture, nature, religion. His work was influenced by many factors. e.g. neo-Gothic art and Oriental techniques. When I saw the doodle the first time I thought on african culture.

Originally the doodle ist a classical one: without an animation or sound:

But as allways I made a doodle with music („As I figure“ by Kevin MacLeod). I think it gets much more life with it – like the buildings of Antoni Gaudí.

Antoni Gaudí was a Spanish architect and the figurehead of Catalan Modernism. This i s a kind of Art Nouveau. Most of Gaudí’s buildings are in Barcelona. His Masterpiece is the Cathedral Sagrada Família. Gaudí studied every detail of his creations, integrating into his architecture a series of crafts in which he was skilled: ceramics, stained glass, wrought ironwork forging and carpentry. He introduced new techniques in the treatment of materials, such as trencadís, made of waste ceramic pieces. His buildings seems to live like plants. Windews looks often like eyes. Everything seems to be inspired by nature.

Some months ago Google honors Friedensreich Hundertwasser how gets a lot of inspiration by Gaudi – but only in Austria (where Hundertwasser was born), Swiss and Germany. 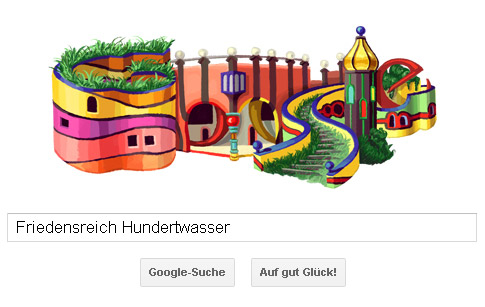 Read more about the genius architect