Google honors Rosalind Franklin with a nice doodle. It shows a microscope and a piece of DNA. Rosalind Elsie Franklin (25 July 1920 — 16 April 1958) was a British biophysicist and X-ray crystallographer. She is best known for her work on the X-ray diffraction images of DNA which led to the discovery of the DNA double helix. Franklin was never nominated for a Nobel Prize. She had died in 1958 and was ineligible for nomination to the Nobel Prize in 1962 which was subsequently awarded to Crick, Watson, and Wilkins in 1962. 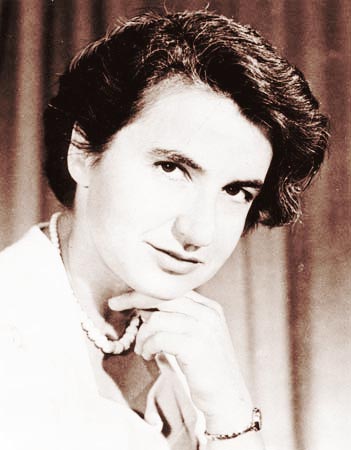 The doodle is a classical static picture. It shows a microscope on the left (Google chars „Goo“) with Rosalind Franklin in the right occular. On the rigt is a picture of the DNA through the microscope (char „e“). It is the famous „Photo 51„. Photo 51 is the nickname given to an X-ray diffraction image of DNA taken by Raymond Gosling in May 1952 under the direction of Rosalind Franklin at King’s College London in Sir John Randall’s group. It was critical evidence in identifying the structure of DNA. The chars „gl“ show a piece of the DNA double helix. 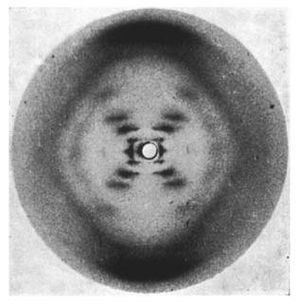 Franklin is best known for her work on the X-ray diffraction images of DNA which led to the discovery of the DNA double helix. Her data, according to Francis Crick, were „the data we actually used“ to formulate Crick and Watson’s 1953 hypothesis regarding the structure of DNA. Franklin’s images of X-ray diffraction confirming the helical structure of DNA were shown to Watson without her approval or knowledge.

More about Rosalind Franklin at Wikipedia.

As ever here the doodle as a video:

Here some more doodles that reminds to the Franklin doodle:

Google honors the German bacteriologist Julius Richard Petri with an amazing doodle. It is a “real doodle”, that means, it shows a real process as a timelapse video. Julius Richard Petri has become famous mainly for his invention of the Petri dish. That are small vitreous dishes made of glas. The Doodle shows six bacterial cultures growing in the form of the Google letters. Funny idea for an extraordinary logo-animation …

Niels Bohr was a danish physician. Google celebrates his 127th birthday with a nice Doodle. Bohr made foundational contributions to understanding atomic structure and quantum mechanics, for which he received the Nobel Prize in Physics in 1922. The doodle shows a model of a hydrogen atom. Around the Nucleus you can see three orbits. If an electron „jumps” in another orbit it emitted a photon of energy with a specific frequency. The background looks like a radioactive trace.

“Bunsen burner day”: 200 years ago, precisely on 30 March 1811, the later chemist Robert Bunsen was born in Göttingen, Germany. The researcher and professor gets famous with the development of a gas burner called “bunsen-burner”. The gas-powered flame could be controlled selectively. It has become the epitome of a creative chemistry laboratory. Of course Google take the chance to honor Robert Bunsen today with a nice bubbling interactive doodle. 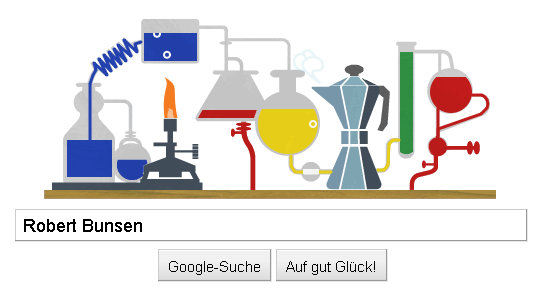