The Google Image Search is the largest collection of images ever. And it is free and public. Google has changed the world, even if most people didn’t noticed it anymore. Does anyone remember the time before that? If you searched for a picture you needed books or other printed material. You have to buy it or work in libraries. „Search for similar images“ in the library’s database was a dream. The following infographic shows the chronology of the Google image search. It is only 12 years old.

Below the infographic you can find some hints including many source-links. Please click for zoom):

„History of Google image search“ (by Martin Missfeldt). Feel free to share and use it on websites or blog (CC-BY-SA). If you link this page, I would appreciate it.

The chronology / history (including source links)

From my pojnt of view there is the – without question great images from Google search – three main challenges: 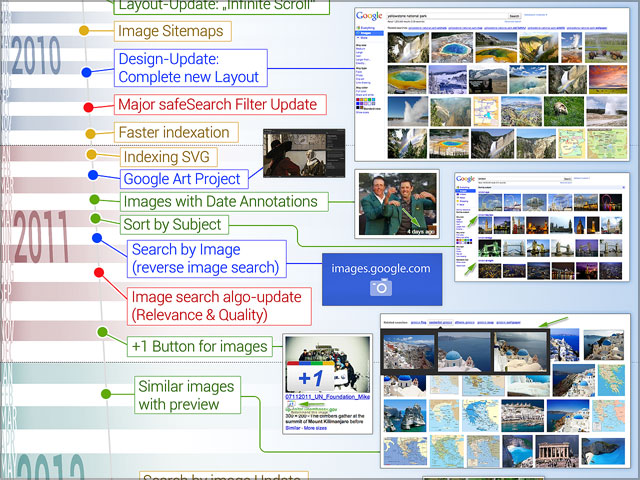 More infographics (by me)