Yesterday Danny Sullivan postet a really nice artice about Googles RankBrain – a new self-lerning algorithm that helps Google to understand the users search-intention. It based on a Bloomberg story where Google Senior Research Scientist Greg Corrado told about RankBrain. There seems to be a focus on new search-phrase – but when I read it it reminds me on the phantom update. In May 2015 Google launches an algorithm-update that causes some trouble in the serps.

But the Phantom-Update was never confirmed – and if you ask John Mueller about it he has no idea what you talk about :-) So this mysterious update is known as „Phantom Update“ – nobody knows anything about it. I wrote in may an article about my observations: in my eyes it was an „user intention update“.

And now? It sounds exactly what I wrote that days: the rankBrain is an „user intention algorithm“ – a kind of artificial intelligence (AI). From my Point of view Google launched (the full functionality of) RankBrain in May 2015.

So how does it work? Hard to say, but I think the base is a large database with user behavior, combined with the knowledge graph database. Google measures how often people click on what kind of page and keyword (phrase) and the return-to-serps-rate.

Interesting that Google named RankBrain a „ranking factor“ – it’s one of the newest. Besides Backlinks and content it is the third important factor. I made an graphic about it: 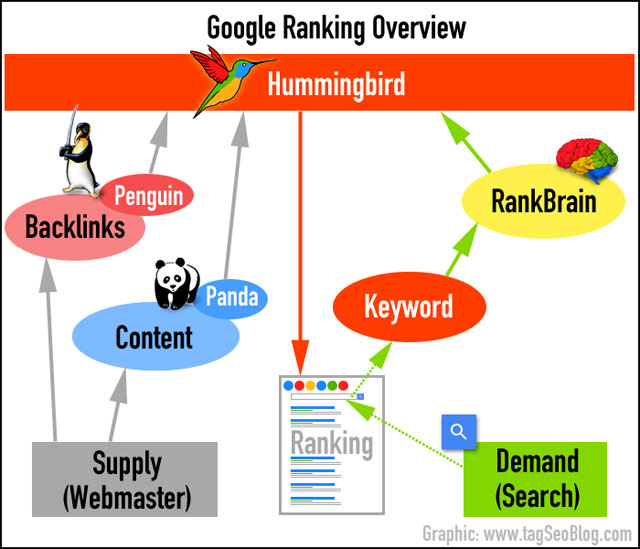 Here a video of a presentation by Greg Corrado from Google:

What do you think? Is it the same – Phantom-Update and RankBrain?

This is a short version of my german article.