Google honors the inventor of the „ferris wheel“: George Ferris. He was born on Febr. 14th 1859 in Illinois, USA. Fortunatelly it’s Valentine’s Day today. So Google combines both, Ferris Birthday and Valentine’s Day – and the result is an interactive parship-slot-machine. If the user clicks the stop button two anaimals (human types) stops and a picture or short comics strips shows how their partnership would be. Really funny concept :-)

First of all the doodle as static picture:

If someone does not see it at first sight, here is the Google logo:

And as exemplary motion video with polka-sound (Click to play):

It looks like random combinations, but it isn’t. I cutted out the „success stories“ of the potential couples. At 6 pairs, it is … let’s say: difficult.

In the foolowing relationship the hippopotamus is dominant. The bird has not as much fun:

Bunny and dolphin are good things. Mr. Hare will conjure his magic hat a little treat, but the bouquet is not as good as he thinks. But the stinking fish is a winner …

Even when it’s about squirrels and musical chameleon, but unfortunately drives the blare of the squirrel the chameleon color from the body:

Mr. Hare has a problem with women’s turtle. She is apparently so slow that they reached the rendezvous on time …

The last comic story is indeed the funniest. Mr. Bear invites woman octopus for sushi meal, but unfortunately: they may not eat their own kind :-) Funny…

So much for the suboptimal pair combinations. But there are also types that just fit each other.

Mr. Monkey and Elephant create a hot sole woman on the dance floor:

So much for togetherness. But Google thinks so. After a while, the choice of a partner machine is suddenly following picture:

And what does it mean? Of course, the sly fox is at home watching TV, alone of course …

What is the message?

Google ultimately what we want to say is, remains somewhat unclear. Maybe this: even if it does not fit so well, you must have (or not) live with it. Unless you’re a sly fox ;-) 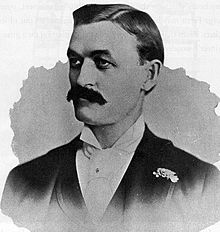 Poor George Ferris we almost forget when so much fun Valentine … George Washington Gale Ferris was an engineer for railway engineering and bridge building. His most famous invention, however, was the big wheel, which is called in English „Ferris Wheel“. He was born on 14 February 1859, therefore, born 154 years ago in Illinois, USA. The end of the 19th Century was the era of steel structures and world exhibitions. Inspired by the Eiffel Tower in Paris Farris developed for the 1893 World’s Fair in Chicago, the idea to construct an „upright posed carousel“. Although his plans were initially rejected as „unworkable“, but Ferris stifled by his idea. He financed the project out of pocket initially, later he found some donors.

The Ferris wheel was finally completed seven weeks after the opening of the World Expo, and it was a sensation. The establishment of the „Ferris Wheels“ cost about $ 250,000, and at the end of the year it had recorded $ 750,000. A ticket cost 50 cents. Consequently, about 1.5 million people are gegondelt with this first big wheel of history in the air.

George Ferris died three years later (1896) at the age of only 37 years of typhoid.

More about George Ferris at Wikipedia