The last weeks I observed many changes in Google’s image search. I usually focus on german image search but I also noticed some irritations on movements in the english / international image-search. Today I want to explain what happened in Germany – perhaps it may help to analyse other Google’s image-search versions. It’s allways like lost in the fog: are changes in the image search caused by changes to individual pages? Or has Google changed something fundamental to the algorithm? In Germany we have an „Image-Search Index„, called bidox. It oberserves the Top-100 positions of 5000 main keywords. Thanks to Ingo Henze for this free service. (What i describe in this article has nothing to do with the „porn-filter“!)

Here is what you can read out of the data. I combine domains of special types to groups.

Anyone who follows the Image Search updates has noticed that Google favors Wikipedia in the image search. Seems that at all relevant keywords at least one or two Wikipedia images are (or were) the front. Of course: correctly that are Wikimedia images. But the link from the Google image search leads to the corresponding Wikipedia page where the image is embedded. 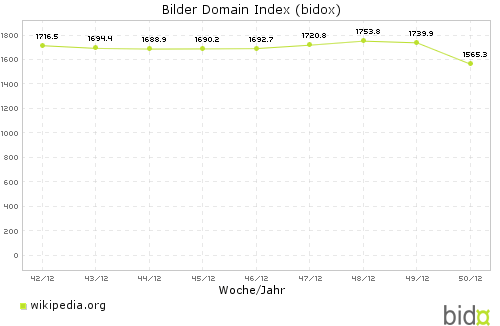 Wikipedia lost in the past week: from 1740 down to 1565, about 10% loss. This is the Bidox value – if you analize Wikipedia direct you can see the Wikipedia hasn’t „lost pictures“:  the number of images in the top 100 grow up by 895 images to 15,494 overall. This means that Wikipedia lost positions (for example, dropped from position 1 to position 4). Here the statistics: 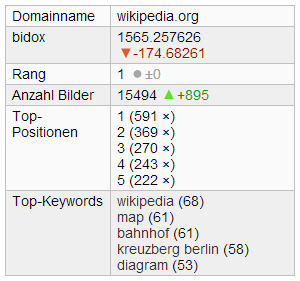 Most people won’t know how to interprete that. Therefore, the following is a differentiated evaluation.

If Wikipedia has lost so many rankings, it remains much air for others. Who could benefit? I summarized some examples of domains into groups. First, the pos. 2 (blogspot.com) and pos. 4 (wordpress.com). Both are not really meaningful because that are thousand of individual blogs (the Bidox doesn’t differentiate from subdomains). 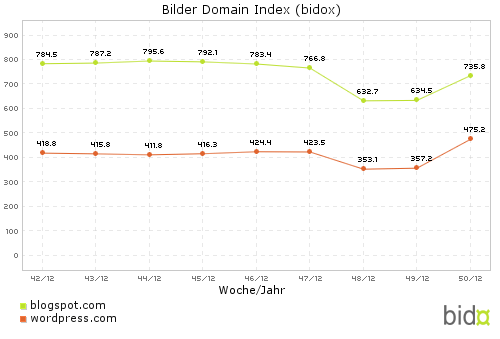 It shows that the pictures of this blog systems went down for two weeks, but now they are back. WordPress blogs seem to benefit a little bit more.

The following group is build by stockphoto-archives and photo-communities. (Btw: no Flickr, iStockphoto or Pixelio) 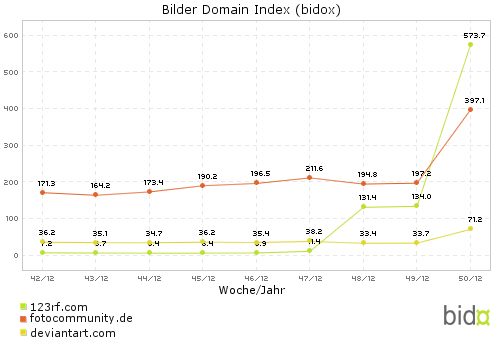 As you can see: the won a lot.

The next group is build by „fan-communities“ (celebrities, gaming etc.): 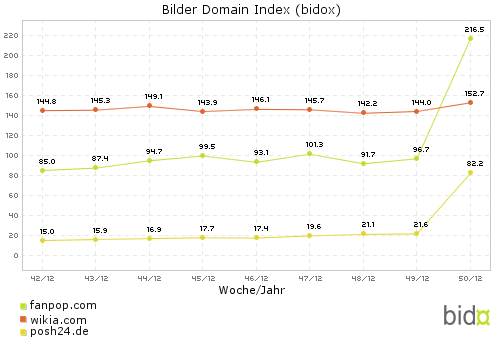 All of the image-related comminities went up – often very much.

Next group are the main online-shops in germans image search. 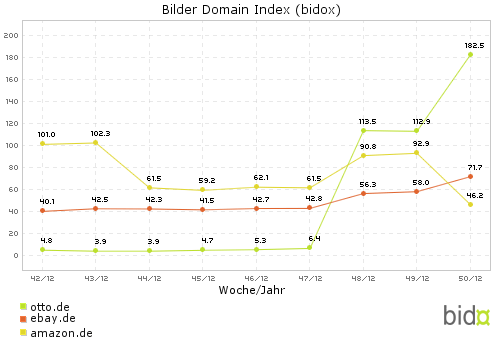 Otto.de is in my eyes a special thing: they did a very good job. Ebey seems to be „Update resistent“ – and Amazon lost images and positions. 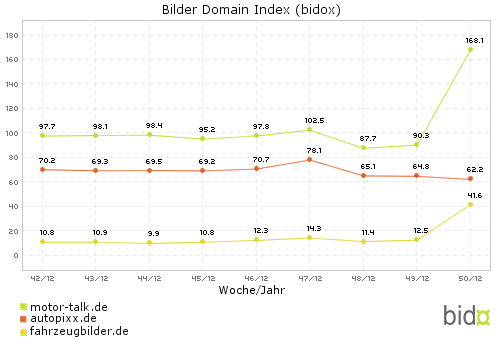 Two of the went really strong up. User generated content in stable forums is a well strategy for Google image search – but of course they must be trustfull.

But not allways. And I must confess that annoys me a bit. I had reported about in my view very questionable business model (only in german). In this group I would still classify some more „galleries“ of the Bidox-Top-100: 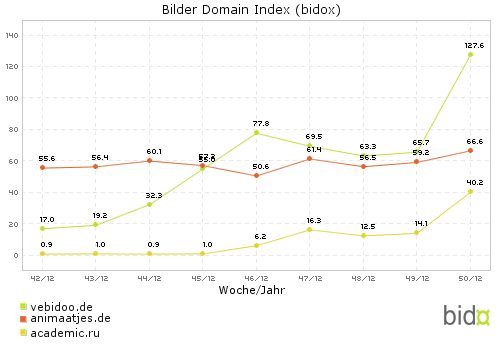 The problem is: these sites monetize a lot of stolen images. They build systems that include automatically the top-images for many keywords – and the steal the link via hotlinking. It is an old well-known problem of Google-Images. Here my article about the method of academic.ru (german), just one of hundred examples.

Finally the main news-sites in Germany. To make it clearer i made two screens. The best neswpaper-Sites in Google’s image search Germany are:  Welt.de (Pos. #13) and Stern.de (Pos. #15). 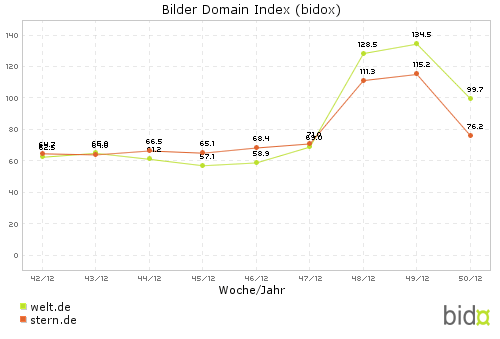 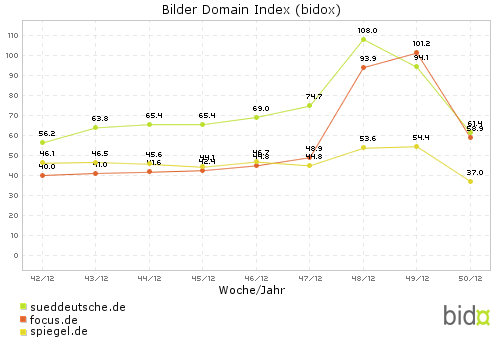 As you can see: all News-sites grow up extremely for two weeks, but in the last week the fall down again.

The current changes in the Google image search seems to have two causes:

As a consequence I see many small Sites and Blogs as the winner of these Google algorithm changes. If it doesn’t work try out my article „Optimizing images for Google-imageSearch – image SEO basics„.

Who made observations in the english image-search? Is it possible that this is not only a change in german image search but also worldwide? Please tell me in the comments …

[Original german version of this article]