Google honors the great Mexican painter Diego Rivera. He was born 125 years ago. The doodle shows a mural (wall painting) of the Google logo. Diego Rivera was born in 1886 to a well-to-do family. From the age of ten, Rivera studied art at the Academy of San Carlos. From 1907 to 1921 Rivera lived in Europe where he gets in contact with famous modern painters. His works are influenced by Pablo Picasso, Georges Braque and Paul Cézanne.

Frida Kahlo in Front of the wall

1929 the 42 years old Rivera married the 22 year old artist Frida Kahlo. She stands in front of the wall (bottom right) – with red flowers in the hair. 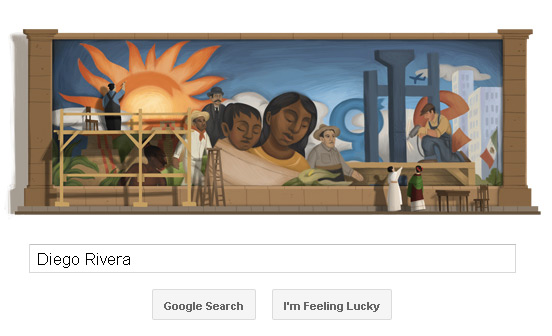 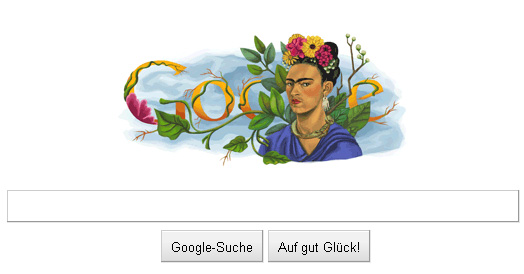 Here a photography of Rivera and Frida Kahlo: 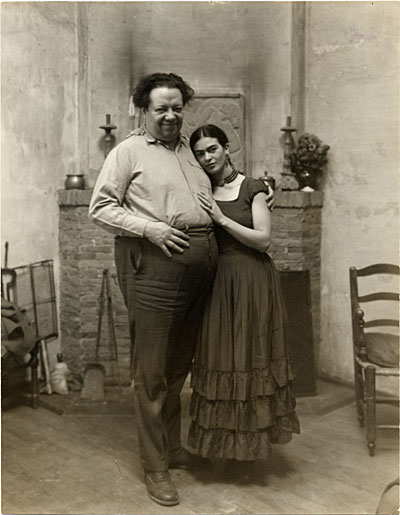 „His large wall works in fresco helped establish the Mexican Mural Movement in Mexican art. Between 1922 and 1953, Rivera painted murals among others in Mexico City, Chapingo, Cuernavaca, San Francisco, Detroit, and New York City. In 1931, a retrospective exhibition of his works was held at the Museum of Modern Art in New York City. “ Source: Wikipedia

Actually there is again a great Rivera-exhibition in the MoMA (until May 14th, 2012).

As allways I made a documentary video of the doodle with some background music. Hope you like :-)