I took nearly a year. In Juny 2010 Google has relaunched it’s images search. As usual Google rolled out this new layout step by step all over the world. But not in Germany. May be we are the last country where the old Google image search still works – until today. Three days ago Google presented the new feature „sort by subject“ – and I ask myself, what will happen in Germany. And as we can see now: Google uses the new feature to update the German image-search.

I am not sure why it took so long. May be because a lot of people in germany criticised the new layout. Me too. But now I am happy that we are back and part of the googlevolution. 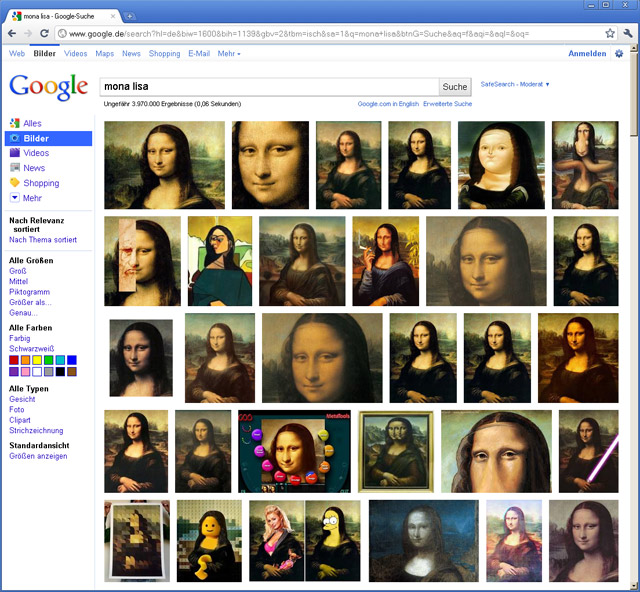 Actually the rollout is still working. I can see the new layout only with chrome and internetExplorer but not with firefox. Dont ask my why :-)

Surprise when klick on a thumbnail…

It seems that there is a little difference between the german and the other image-searches: after clicking a thumbnail Google usually shows an iFrame with the picture – on a half-transparent dark bachground where the source-website is loaded. Not in the new germany image-search: no iFrame, no halftransparent layer, but just the source website.

Interesting feature: „sort by subject“. Depending on the key this make more or less sense. But I like it. Will be interesting to see if and how the traffic data of my galleries will change. 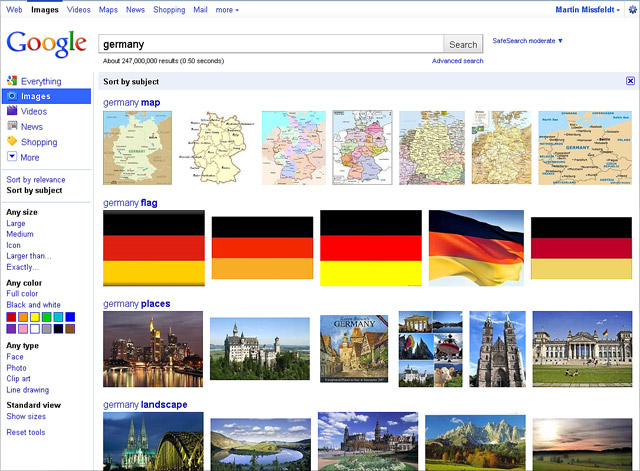 This story in my german tagSeoBlog.