Both animated Doodles were designed by German artist Christoph Niemann. Niemann was born in 1970 in Waiblingen, Germany. After graduating, he moved in 1997 to New York. There he made a name for himself, especially in the major established magazines like NewYorker or the New York Times, for which he designed a column. I see Christoph Niemann in the humorous, intelligent drawing tradition of Saul Steinberg. Refreshing, lively, with a down to earth, dry humor.

Here are the two doodles as individual images. Summer in early 2013 … reminds me of Loriot. In my eyes it has something German. A diligent German family spends the summer solstice in the water and endure wave after wave. Funny!

First Day of Winter 2013 (southern hemisphere). This reminds me of the bold baroque delight lines of  Saul Steinberg. 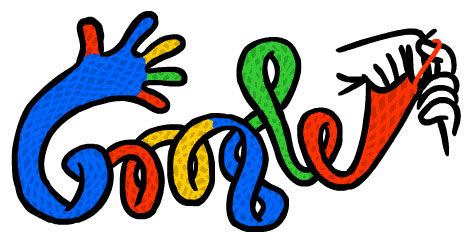 If you are interested in his work: Christoph Niemann is also on Google+.

The Earth’s axis is – inclined slightly – in the view of the sun. The result is that the Earth is closer to the sun on their way to the sun times on one side and sometimes on the other side. From Earth seen the sun between the northern and southern tropics moves back and forth. The path around the sun takes exactly one year. Consequently, the sun needs a turning circle to another half a year. With us on the northern hemisphere, the sun is our 21 June next. The day is the longest of the year. From tomorrow the sun moves then back south. There she meets on 21 December, winter solstice.

Niemann is the second living artist to be allowed to make a „Solstice Doodle“. In 2011, Google was the Japanese artist Takashi Murakami designed a very cool Summer Solstice Doodle: 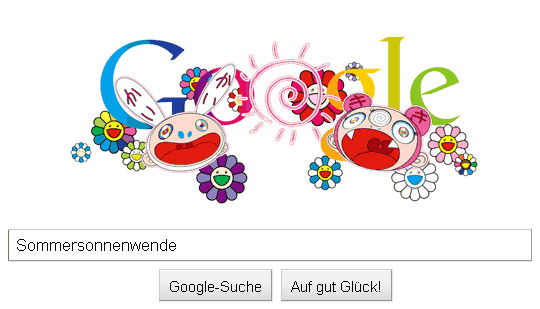